Skip to content
December 07, 2021
His name is Ma Chengzhong. Everyone in Deutz FAW Dachai Company also gave him another name called "Not too tired." His colleagues said that he never knew he would be tired after working. 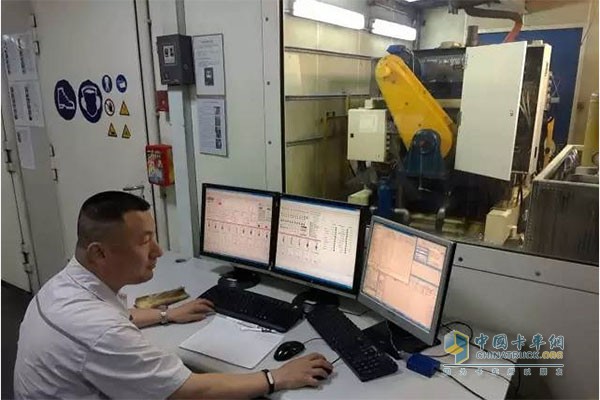 In 1987, Ma Chengzhong, who graduated from the technical school, came to the company on a wishful basis and was assigned to the experimental department as soon as he took up the job. At that time, he had a dream to become an â€œeight-level big craftsmanâ€ and â€œeight big craftsmenâ€ were That era was very remarkable. He always worked with enthusiasm and tirelessness. In his own words, he said, "I want to understand what these machines are all about." Perhaps this is his simplest motivation and belief. In constant learning, he gradually improved, he often engaged in some small inventions, as well as a very proud of his own small invention, when tightening the clamps, using a screwdriver to tighten a little bit, the work efficiency is very low, he himself pondered Trying to make a final tightener for the clamps, the efficiency of the original system has been increased several times. In his 29-year working career, the old man who only wanted to understand what was going on has become the â€œDalian teacherâ€. He has achieved more than 80 technical innovations and created direct economic benefits of more than RMB 10 million.

Ma Chengzhong has worked on feeding, assembly, commissioning, and research and development. Because of his comprehensive technology, he was assigned to the Deutz workshop workshop in 2006. At that time, in the course of a month, the diesel engine experienced three â€œhot-pumpingâ€ phenomena during the test. However, there was no abnormality in all the commissioning data and no fault was found. Once again, there was a phenomenon of â€œhot-pulling cylindersâ€. The diesel engine in the laboratory was still running hot. The thermometer showed 34 degrees Celsius. The old horse hesitated for a moment and decided to pull open the door of the laboratory and rushed in. He used a wrench to unscrew the bolts at the inlet pipe. The splashed coolant, which had a temperature of 100 degrees Celsius, immediately soaked his clothes. The old horse couldn't care so much. He engrossed in the inspection of various parts. He sweated his eyes and he wiped it with his sleeve. He didn't know how long it took for him to leave the door of the lab because of the long time Working down, his body was a little shaken. After a lot of inspections and analysis, Laoma finally found out the cause of the problem. He suggested to the German experts that an alarm for the difference between the engine outlet temperature and the inlet temperature should be added to the test bench program. In the end, his opinion was approved by German experts and implemented. This improvement saved the company more than 2 million yuan.

Today, Ma Chengzhong's dream of becoming an â€œeight-level big craftsmanâ€ has already been realized. He now has a bigger dream in his heart, and that is to give his company all the power for its brilliant development.