Skip to content
June 02, 2020
[ Instrument R & D of Instrument Network ] The plate subduction is the engine that drives the plate structure, and is the deep control factor for the evolution of the earth and even the livability of the blue earth. The dynamic process and mechanism of the initial start and continuous reduction of plate subduction are controlled by the rheological characteristics of the subduction interface. The viscosity of serpentine is several orders of magnitude lower than that of ordinary mantle rock. Therefore, the serpentinization of the mantle rock at the subduction interface can significantly change the rheological characteristics of the lithosphere and promote the "positive feedback" of continuous slab subduction. 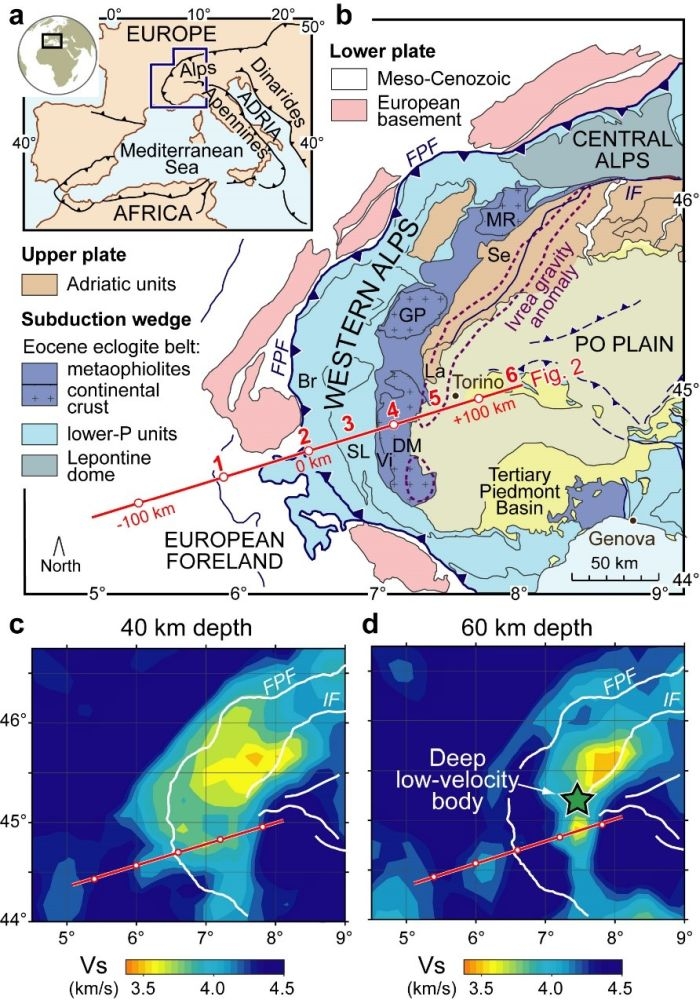 Serpentine is a general term for a water-containing magnesium-rich silicate mineral, such as leaf serpentine, lizardite, and serpentine. Their color is usually green, but there are also light gray, white or yellow. Because they are often green and blue like snake skin, they are named. The structure of the serpentine is often curled like fibers. Such serpentine is often used as asbestos. The lump or fibrous serpentine will have luster, lump like wax and fibrous like silk. People use serpentine as a building material, some can be used as a Refractory material, and they can be made into ornaments or crafts with beautiful colors. In addition, serpentine can also be used to make chemical fertilizers.
In addition, serpentine is also the main carrying mineral of fluids such as water and CO2, and therefore is an important medium for the mass-to-mass energy exchange between the deep and shallow parts of the earth. Petrology evidence shows that serpentinite belts are widely exposed at the ancient / new subduction boundary, for example, the alpine Viso unit exposed ~ 10 km thick serpentine belts. Nevertheless, since the subduction interface is only a few kilometers thick, it is difficult to observe the existence of serpentine layers in the deep subduction boundary by traditional seismological methods.
Researcher at the State Key Laboratory of Lithospheric Evolution, Institute of Geology and Geophysics, Chinese Academy of Sciences, under the auspices of the National Science Foundation's "Continental Evolution and Monsoon System Evolution" Basic Science Center project and the "Tethys Earth Power System" major research program Zhao Liang organized the China-Italy-Alps Seismic Observation Project (CIFALPS) team to carry out high-resolution seismic imaging studies in the classic continental deep subduction region, the Western Alps. The application of a new generation of cross-dimensional inversion algorithm has significantly improved the observation accuracy and accuracy of the subduction interface.
Geoscience tomography is a geophysical prospecting technique that uses medical X-ray CT theory to investigate the distribution of underground physical property parameters in detail. It is divided into seismic tomography, electromagnetic tomography, and resistivity tomography. Seismic tomography is a technique that uses seismic data to retrieve the material properties of underground structures and analyzes and draws its images layer by layer. Seismic tomography can be divided into global tomography, regional tomography, and local tomography according to the scale of the study area; according to the source of the data used, it can be divided into natural seismic tomography (large-scale deep lateral inhomogeneity studies) 1. Artificial seismic sounding (mainly studying shallow interface distribution). According to the theoretical basis, it is generally divided into tomography based on ray equation and tomography based on wave equation.
The new three-dimensional shear wave velocity image reveals that there is a low velocity layer with a thickness of 15-25 km and a shear wave velocity of â‰¤3.7 km s-1 within the depth range of 50-70 km in the continental-Adrian plate subduction interface. Based on the analysis of the rock physics experiment data, it is inferred that the reasonable explanation for the low velocity property of â‰¤3.7 km s-1 under the PT condition of 50-70 km depth is serpentinite, which may be caused by the subduction of the ocean floor serpentine thin layer and the fluid. The petrified mantle formed. It is this accumulation and the improvement of imaging accuracy that have enabled seismological imaging to discover its existence: the volume of the low-speed body below the Western Alps reaches ~ 300,000 km3. On the one hand, the serpentine layer promotes the deep subduction and reversion of the continental plate, and on the other hand, it provides a large number of containers for the deep water and carbon circulation in the subduction zone.
The carbon cycle refers to the phenomenon in which carbon elements are exchanged in the biosphere, lithosphere, hydrosphere and atmosphere on the earth, and they endlessly circulate with the movement of the earth. The carbon cycle in the biosphere mainly shows that green plants absorb carbon dioxide from the atmosphere, convert it into glucose through photosynthesis with the participation of water, and release oxygen. The organism then uses glucose to synthesize other organic compounds. Organic compounds pass through the food chain and become part of other organisms such as animals and bacteria. A part of the carbohydrates in the living body is oxidized into carbon dioxide and water by respiration as an energy source of the organism, and the energy stored therein is released.
The fine image of the subducting slab interface obtained in this study is helpful for constructing the subduction interface composition model, and provides quantitative evidence for understanding the deep subduction and deep water, carbon cycle processes and dynamic mechanisms of the mainland.
Source: Institute of Geology and Geophysics