Skip to content
September 25, 2020
Chemical vapor deposition (CVD) is the most widely used in the semiconductor industry for the deposition of multiple materials, including a wide range of insulating material, metallic material and the majority of metal alloy material. In theory, it is very simple: two or more gaseous raw materials are introduced into a reaction chamber, and then they chemically react with each other to form a new material that is deposited on the surface of the wafer. A good example is the deposition of a silicon nitride film (Si3N4) which is formed by the reaction of silane and nitrogen.

However, in practice, the reaction in the reaction chamber is very complicated. There are many factors that must be considered. The variation of the deposition parameters is very wide: the pressure in the reaction chamber, the temperature of the wafer, the flow rate of the gas, and the passage of gas through the wafer. The distance (as shown), the chemical composition of the gas, the ratio of one gas to the other, the role of the intermediate product of the reaction, and whether external energy sources outside the reaction chamber are required to accelerate or induce the desired reaction. . Additional sources of energy, such as plasma energy, of course produce a whole new set of variables, such as the ratio of ions to neutral gas flow, ion energy, and RF bias on the wafer.

Then, consider the variables in the deposited film: such as the uniformity of the thickness in the entire wafer and the coverage characteristics on the pattern (the latter refers to the coverage across the pattern steps), the chemical ratio (chemical composition and distribution state) of the film, crystallization Crystal orientation and defect density. Of course, the deposition rate is also an important factor because it determines the throughput of the reaction chamber, and high deposition rates are often compromised with the high quality of the film. The film formed by the reaction is not only deposited on the wafer but also deposited on other parts of the reaction chamber, and the number and thoroughness of cleaning the reaction chamber are also important.

CVD techniques are often classified by reaction type or pressure, including low pressure CVD (LPCVD), atmospheric pressure CVD (APCVD), sub-atmospheric pressure CVD (SACVD), ultra-high vacuum CVD (UHCVD), plasma enhanced CVD (PECVD), high Density plasma CVD (HDPCVD) and rapid thermal CVD (RTCVD). Then, there is metal organic CVD (MOCVD), which guarantees its classification according to the self-characteristics of the metal source. The typical state of these metals is liquid, which must be vaporized before being introduced into the container. However, it is confusing that some people think of MOCVD as organometallic CVD (OMCVD).

In the past, the most commonly used reaction chamber for LPCVD and APCVD was a simple tube furnace structure. Even today, tube furnaces are widely used to deposit base films such as Si3N4 and silica (oxygen). The presence of silicon will eventually form a high quality SiO2, but this will consume a large amount of silicon; it is also possible to deposit SiO2 by reaction of silane and oxygen - both methods can be carried out in a tube furnace).

Moreover, recently, the monolithic deposition process has driven and led to the creation of new CVD reactor structures. Most of these new structures use plasma, some of which are designed to speed up the reaction process, and some systems add a button to control the quality of the deposited film. Of particular interest in some aspects of PECVD and HDPCVD systems is the ability to simultaneously deposit and etch reactions by adjusting energy, bias, and other parameters. By adjusting the deposition: etch ratio, it is possible to obtain a good gap filling process.

3.Equip with alarm lamp,megaphone and tool box to provide convenience for patrol. 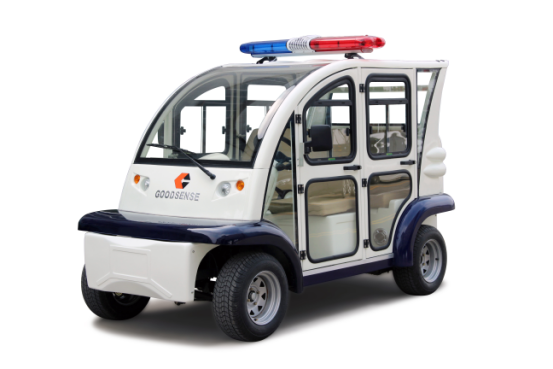 If you have any other questions,please contact us directly.Our product are all with high quality.And we invite you to visit our factory.