â€œIt is not yet possible to determine the specific details of policy liberalization. However, once fully liberalized, foreign-funded enterprises can arbitrarily establish corresponding models in China through various forms, including sole proprietorship.â€ Zhang Zhiyong, a senior analyst in the automotive industry, told the First Financial Journalist Said, however, that most foreign brands currently have partners in China. Even if they are solely invested in the new energy sector, they will need to balance the resources of all parties. "Now that all joint venture companies are signed by way of contracts, the term of the contracts will generally be more than 20 years, and most of the joint venture companies' contracts have not yet expired. If a party terminates the agreement in advance, it will have to pay a large cost to the existing joint venture company. It will have an adverse effect," said Zhang Zhiyong.

Previously, the national policy allowed foreign investors to conduct sole proprietorships in iron and steel production, motorcycle production, salt wholesale, gas stations, and entertainment venues in the free trade zone, but they were not open to the auto industry. In November last year, an article published by the Ministry of Foreign Affairs on the website pointed out that China will start to liberalize foreign investment ratio of special vehicles and new energy vehicles within the scope of the Pilot Free Trade Zone before June 2018, which is The new energy auto industry has acquired hope for acquiring exclusive investment rights. 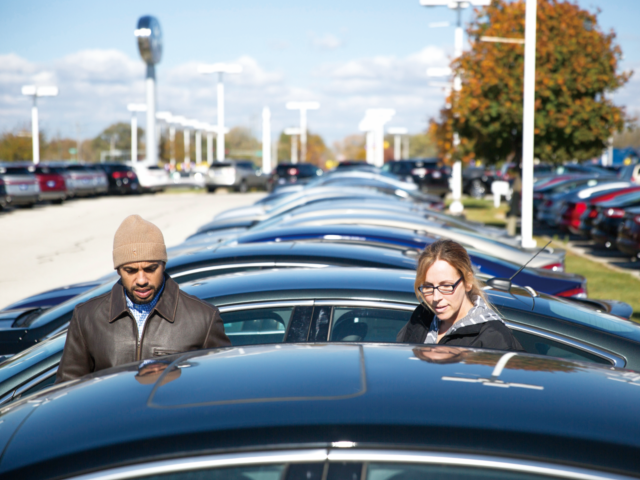 However, in addition to Tesla, most of the current mainstream foreign brands have entered the Chinese market. However, some foreign automakers have also established new energy sub-brands under their umbrella, such as BMW i, Mercedes-Benz EQ, and Volvo Polestar, and policy liberalization does not rule out that these brands will choose sole proprietorship in China.

"Whether the foreign car enterprises will be solely funded by new car companies in the future will be different. Even if some car companies set up separate sub-brands to develop new energy vehicles in the future, for some of the more popular foreign brands, the profits of these brands are relatively thin. With more and more fierce competition in the new energy automotive market, they are still relying heavily on Chinaâ€™s resources,â€ Zeng Zhiling, director of automotive research at LMC Automotive Asia-Pacific, told reporters that in the future these car companies must consider sole proprietorship in the new energy sector. There are also many factors to measure.

â€œThey already have a very large investment in existing partners. The establishment of a wholly-owned enterprise in the new energy sector that will be crucial in the future will affect the existing partnership and balance the interests of all parties.â€ Zeng Zhiling said that some foreign capital The car companies are more dependent on the existing domestic dealership system. In addition to dealing with their relationships, the sole proprietorships also have to deal with problems in the supply chain system and government relations. â€œNot to mention sole proprietorship, even if it is to get back equity, the cost to be paid will be high, so choose carefully. In addition, the establishment of a new company requires the construction of a new dealer network system, and its cost is also It is high and even after it is completed, it will not win too much market share in such a mature market."

Compared to sole proprietorship, looking for a Chinese joint venture partner in the new energy sector not only satisfies the Chinese government's proposed policy requirements, but also means that it can obtain more local resources support through joint venture partners. "It will be more convenient to do so, and with the release of the equity policy, foreign-funded enterprises may also be able to get more benefits from the joint venture." Zeng Zhiling said.

The question that ensues is that if foreign car makers choose to invest in the Chinese market in a wholly-owned manner in the future, will they affect their own brands?

According to public data, sales of new energy vehicles in China accounted for 50% of global sales in 2017, and shipments of power batteries accounted for more than 60% of the world's total. This means that Chinese companies have matured enough supplies in new energy fields. Chain basis. â€œIndividual brands have first-mover advantage, and currently they have accumulated certain technology in Sandian. Even if foreign-funded enterprises have sole proprietorship in the future, their impact on us is limited. The auto market has entered a mature stage of development, and the wholly-owned brand is not It will capture more market share than ever before," Zeng Zhiling said.

On the other hand, compared with the tide of joint ventures, if sole proprietorship becomes a trend, it will force its own brands to upgrade the core technologies and competitiveness of new energy. In the past, in the traditional automotive field, since the profits of vehicles are generally in the production process, joint ventures will create more profit margins for foreign companies. Therefore, the â€œmarket-for-technologyâ€ approach often leads to the loss of the market but the lack of technology. From the perspective of many experts, the current independent brands already have certain strength in the new energy field, and there is no need to take the old road of joint ventures in the new energy field. â€œAlthough in the initial stage, the sole proprietorship will bring certain influence to the independent brands. However, from the perspective of long-term development, if foreign companies come to build factories in China will drive down the cost of new energy vehicles, competition in this area will become increasingly fierce. This will promote the development of independent brand technology and will also enhance the overall level of the new energy automotive industry."