The difference between the é“ˆ group and the é’‡ group is because the rare earth mixture obtained by separation of minerals is often named after the ratio of lanthanum or cerium.

In the second half of the 19th century, the discovery of the spectral analysis method and the publication of the periodic table, coupled with the progress of the electrochemical separation process of rare earth elements, further promoted the discovery of new rare earth elements. In 1879, the Swedish Cleve discovered the scorpion element and named it the holmium in Stockholm, Sweden. î´

The application field of bismuth has yet to be further developed, and the dosage is not very large. Recently, Baotou Steel Rare Earth Research Institute has adopted high temperature and high vacuum distillation purification technology to develop a high purity metal é’¬Ho/Î£RE>99.9% with low non-rare earth impurity content. .

The main uses of the current cockroaches are:

(1) a metal halide as an additive, a metal halide lamp is a gas discharge lamp, which is developed on the basis of a high pressure mercury lamp which is filled with a variety of different characteristics of the rare earth halide in the lamp. At present, it is using a rare earth iodide, emitting different color of light line when the gas discharge. The working substance used in the xenon lamp is cesium iodide, which can obtain a higher concentration of metal atoms in the arc region, thereby greatly improving the radiation efficiency.

(2) é’¬ can be used as an additive for strontium iron or yttrium aluminum garnet;

(3) Erbium-doped yttrium aluminum garnet (Ho:YAG) can emit 2Î¼m laser, and human tissue has a high absorption rate of 2Î¼m laser, which is almost three orders of magnitude higher than Hd:YAG. Therefore, when using Ho:YAG laser for medical operation, not only can the surgical efficiency and accuracy be improved, but also the thermal damage area can be reduced to a smaller extent. The free beam produced by the ruthenium crystal eliminates fat without generating excessive heat, thereby reducing thermal damage to healthy tissue. It is reported that the treatment of glaucoma with holmium laser in the United States can reduce the pain of surgery. The level of 2Î¼m laser crystals in China has reached the international level, and this laser crystal should be developed and produced.

(4) In the magnetostrictive alloy Terfenol-D, a small amount of niobium may be added to reduce the external field required for the saturation magnetization of the alloy.

The Socket flange is that one end welds to the pipe,another end connects with the bolts.The sealing surface of the socket flange is divided into raised face,ring joint,male and female face,tongue and groove. 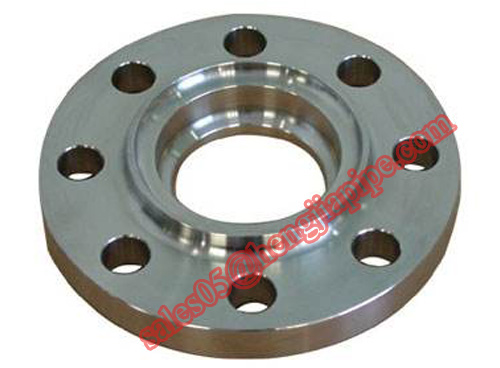