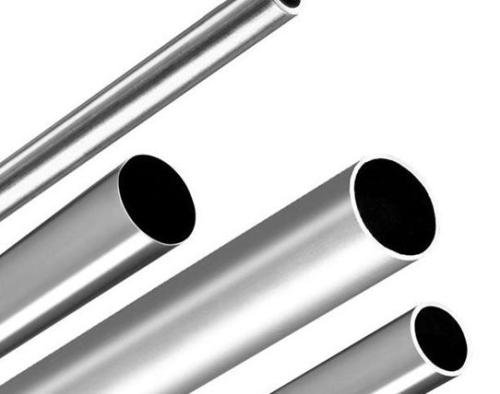 Some people say that the steel industry has just entered the winter. Under the chilling environment, the steel pipe industry, which accounts for 7.5% of steel output, cannot naturally be left alone. In 2013, China's steel pipe industry was still plagued by diseases such as overcapacity, disorderly competition, and low profit operation.

At the second session of the second session of the China Steel Associationâ€™s steel pipe branch held recently, Li Qiang, chairman of the branch of the Steel Pipeline, bluntly stated that due to the rapid release of domestic steel pipe production, domestic production continued to show a situation of oversupply. Last year, the price of steel pipes fell and remained low year-on-year. Operating, industry earnings are still at a low level.

Li Qiang predicts that the global economy will continue to recover slowly in 2014, and the overall environment of the steel pipe market is better than 2013. However, in the face of persistent illnesses, the top priority for steel pipe enterprises is still the transformation and upgrading. While actively resolving the overcapacity and achieving green development, we will further increase the research and development of special high-end steel pipes in the fields of petroleum, electric power, and engineering, and carry out â€œsubstitutionâ€. Variety development.

"If the level of the international normal capacity utilization rate of 80% is the standard, China's steel pipe production capacity has appeared surplus." Li Qiang said.

"Under the premise of strictly controlling new production capacity, accelerating the reorganization between steel pipe enterprises is the only way to increase the concentration of China's seamless steel pipe industry." Li Qiang believes that in accordance with the â€œ12th Five-Year Development Plan Outline for Steel Pipe Industryâ€, In 2015, the total output of steel pipes for the top ten companies for seamless steel tubes reached 70% of the total output of seamless steel pipes. Among them, for those enterprises that do not have tube blanks and strips (rolls), the restructuring with steel tube raw material production enterprises should be emphasized in order to obtain stable billet and strip (roll) resources. This will not only be conducive to the development of steel pipe varieties, improve product quality and ensure delivery time, but also can reduce the manufacturing cost of steel pipes, improve the core competitiveness of enterprises.

The surplus under low concentration will inevitably lead to the "fearlessness" of corporate profits. In the Lunar New Year of the Horse, the market for steel pipes did not â€œget right at the momentâ€ and the prices of steel pipes did not â€œimmediately reboundâ€, but fell all the way. As of mid-March, the steel pipe price index has dropped to 89.11 points, which is the lowest price among all steel products.

â€œThe space for the survival and development of steel pipe enterprises is undergoing a severe test. At present, the steel pipe industry is facing such an embarrassing situation: the technological equipment is leading, the scale of production capacity, the self-sufficiency rate of products, and the coverage rate are expanding, the industry is losing money, and the profitability of enterprises is seriously declining. Li Qiang bluntly.

In the "low-end" melee of the domestic market, China's steel pipe exports also encountered numerous obstacles. In recent years, the number of cases in which China's steel pipe products encounter foreign trade frictions has continued to increase. In addition to developed countries such as Europe and the United States, some emerging countries and third world countries have also begun to conduct â€œdouble reverseâ€ investigations on steel pipes produced in China. Earlier this year, the Eurasian Economic Commission proposed to conduct counter-subsidy investigations against China on seamless oil well pipes. The prosecutors were Russian TMK and OMK Group. In addition, with the Mittal and TMK plants in Saudi Arabia put into operation, the Middle East or China's steel pipe products will be the "double reverse" target, the outlook for China's steel pipe exports is not optimistic.

The profit is still small

Li Qiang believes that judging from the current situation, domestic and foreign economies will grow steadily in 2014, and the overall steel pipe market environment will be better than 2013.

In terms of demand, as the various reform measures aiming at decentralizing government power, enhancing endogenous growth momentum, and stimulating production dynamism will continue to advance, the downstream pipe industry will continue to maintain rapid development. The growth in demand will inevitably drive the steel pipe market to continue. keep increasing. In particular, the state will step up efforts to eliminate overcapacity and environmental protection efforts, and the potential for blind expansion of steel pipe production capacity will be curbed, thus relieving the contradiction in the steel pipe market oversupply to a certain extent.

On the export side, as countries around the world continue to sacrifice trade protectionism in order to revitalize their economies, protect local companies, and promote employment, the difficulty of exporting steel pipes in China continues to increase. In 2013, the net export volume of steel pipes in China was 8.58 million tons, a year-on-year increase of 1.68%, and the growth rate dropped by 5.16 percentage points. This is the first time since China became a steel pipe net exporter in 2003 that the export volume has grown slightly but the growth rate has declined. It is expected that trade frictions against China's steel products will be more in 2014 and will become a normal trend in the future. Steel pipe companies must have adequate psychological preparation and marketing measures and actively respond to the â€œdouble reverseâ€ investigation.

In Li Qiang's view, this year's pattern of China's steel industry profitability is still difficult to change. On the one hand, the changes in steel pipe prices and imported iron ore prices show asymmetrical operating conditions. That is, the price of steel pipes has risen, and the price of ore has risen. However, when the prices of steel pipes fall, the ore prices not only lag behind, but also have relatively small declines. Iron ore prices are still expected to remain high this year, and they are in a trend of sharp rises and slowing downs, causing the prices of steel pipes to pick up. On the other hand, with the country's efforts to increase energy conservation and emission reductions, resources, energy, environment and transportation prices, and fiscal and tax reforms will accelerate, and the production costs of steel pipe enterprises will further increase.

It can be predicted that under the situation of low-profit management, the transformation and upgrading of the steel pipe industry will accelerate the pace of structural adjustment.

Li Qiang said that for the healthy development of China's steel pipe industry, we must actively promote the transformation and upgrading of enterprises, innovation and reform, and improve the core competitiveness of enterprises.

First, resolve excess production capacity and improve quality and efficiency. As China's economic growth rate gradually slows down, the demand growth of the steel pipe market will also slow down. The steel pipe market will be in a situation of oversupply for a long time, and the solution to the contradiction of serious overcapacity in steel pipe production requires active and effective measures. We will implement the state's "Four One Batch" requirements, promote the transformation of enterprises' development methods, shift from economies of scale to varieties of quality and efficiency, and improve the operation quality of enterprises through reform and innovation.

Second, identify product positioning and expand competitive advantage. The current status of the steel pipe industry is the shortage of high-end products and the surplus of low-end products. To this end, we must not only increase the use of special high-end seamless steel tubes for the fields of oil exploration, power, aerospace, military, chemical, energy, heavy-duty thick-walled structures, and machinery, but also west-to-east gas transmission projects, submarine pipelines, and giant pipelines. The research and development of special high-end welded steel pipes in the field are used; the imported products are also aimed at the development of â€œdisplacementâ€ varieties.

In the end, we must combine our own strengths to develop the non-steel industry scientifically while doing fine work on the main business of steel pipes, and accelerate the pace of â€œgoing outâ€ to implement the international strategic layout.

For the materials of our Toggle Fastener & Hook, we have two materials. One is steel and the other is 304 stainless steel. For steel material, we have two surface treatments. One is galvanized zinc plated surface and the other is hot dip zinc plated surface.  For 304 stainless steel, it is polished surface treatment. They are widely used in Various Vans, Trucks, Trailers, Containers and other commercial vehicles.

We have many big clients in domestic, like CIMC, DONGFENG etc. Also we have many clients overseas. We have so many different kinds of shapes and sizes, for more information, you are warmly welcome to send us an email. We will feedback to you ASAP. 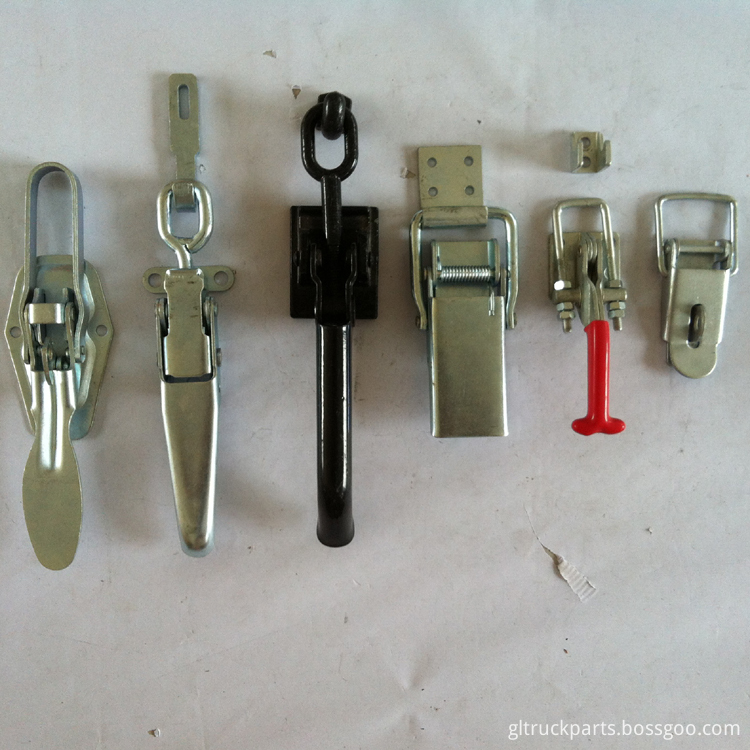 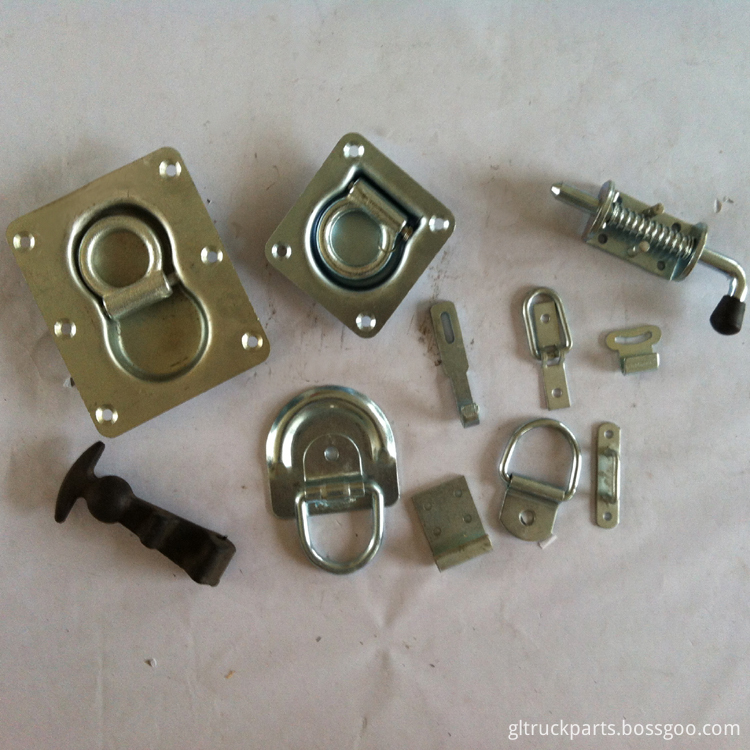 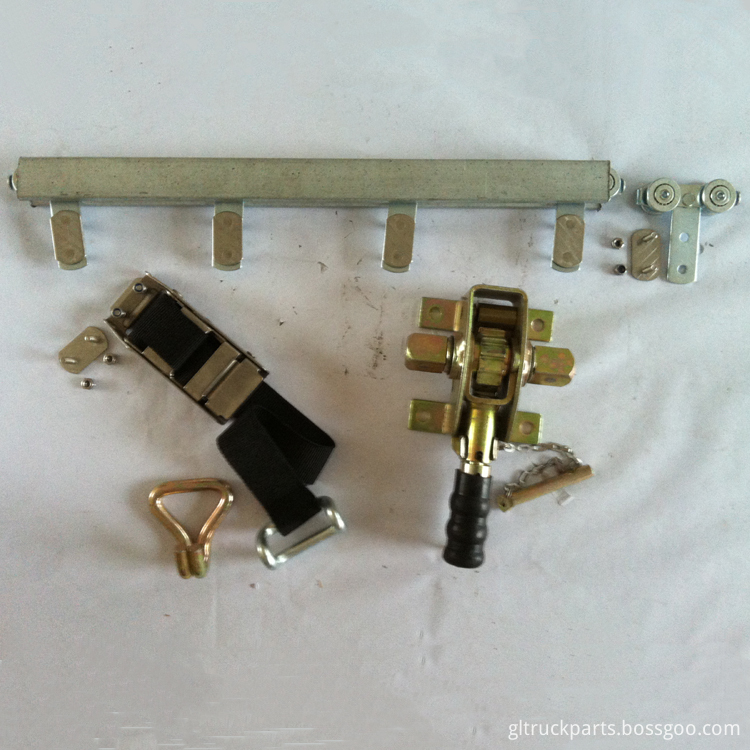