Based on the research results of the above-mentioned soil moisture zoning and reasonable distribution of soil moisture temperature stations in all provinces (cities, districts) and patches, a combination of quantitative and qualitative methods was used to propose a scheme for rational distribution of the on-site moisture measurement stations.

3D Wheel Alignment With Stand Column has no cabinet. It has a stand colum which can hold LCD screen and wheel clamps for targets.  These 3D Wheel Alignment are for shops with limited space. Compared with a cabinet, the stand column only takes up small space. We have updated the design of stand column which makes the wheel alignment looks great! Its texture is aluminum alloy which is very solid and strong.

7.   The optional one point wheel clamps can be installed within four seconds. 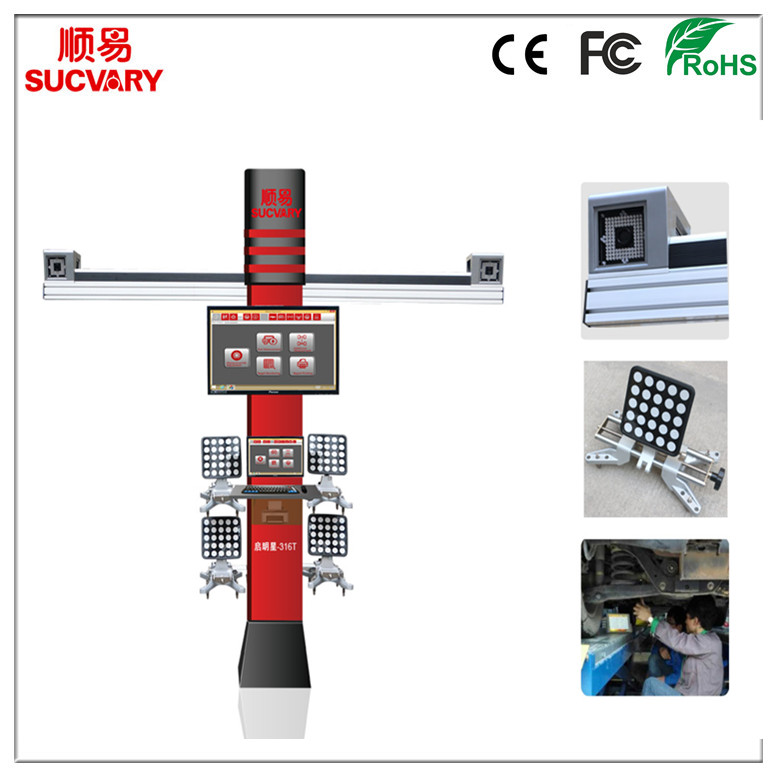